Back in June I had the pleasure of going back to South America, on tour with Darlene Zschech.

My first time there was back in 2008, and ever since then I’ve felt like it kind of owned a little piece of my heart.  It’s a funny thing…  The more you travel, the more you just feel like you’re a citizen of the world.  Here’s an account of the tour through my eyes, including some pics & vlogs.

Bogota (Colombia).  We were last in Bogota a few years ago, once again, it did not disappoint.  From its rich, interwoven culture heritage, to its amazing food, it’s definitely worth visiting.

We were there to take part in the G12 Women’s Conference and it was an incredible time.  Never ceases to amaze me being gathered with the masses, everyone singing the same song with so much passion, regardless of language barriers.  Another cool thing is we got to sing a bit in Spanish.  Sounds a lot easier than it actually is, I’ll tell you that (haha…). 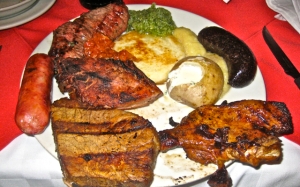 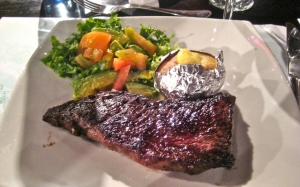 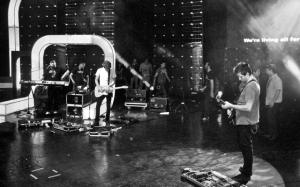 Panama City (Panama).  This was our first time in Panama, and I vividly remember it being overcast, but quite humid, when we landed.  To me, Panama City kind of felt quite familiar, yet very foreign, all at the same time.  We were told by locals that because of the poor economic climate, many were actually fleeing Panama for Bogota, just so they could make enough money to get by.  Perspective moment…

Roberto Duran Colloseum was the venue we played that night.  I remember it being cold as a freezer inside, because they were testing some kind of new air-conditioning system when we arrived (haha…).  Didn’t matter though, because as soon as people flooded the joint, all that iceberg action didn’t stand a chance!  It was an amazing night, and at the end the mayor came onstage & honored Darlene on behalf of the city.  Real special moment…  Of course, I have to mention that the food was gooooood! 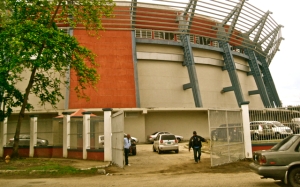 Buenos Aires (Argentina).  My first impression of Argentina was that it’s one of the coolest melting pots I’ve ever seen.  Like a dangerous mix of Paris, Rome and Brazil all juiced up in a blender, and served with a big fat steak.

We were were there for the Iglesia Rey de Reyes Women’s Conference.  Don’t get me started on the boldness and passion of the people there, we could really take a page out of their book when it comes to that.  Man…  They just take initiative and step out in a way that’s uninhibited and refreshing.  I’ll also say that I’ve never smashed a better steak in my life than what I did there, hands-down (haha…). 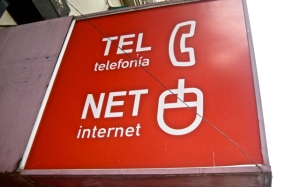 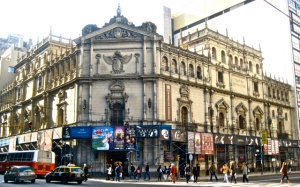 Foz Iguacu (Brazil).  Because of the ash cloud situation in Chile, we actually had to drive to Brazil from Argentina, and after stocking up on snacks, we boarded a big bus and did just that.  Took a good chunk of 23 hours to get there!  It had to be the most hilarious bus ride I’ve taken, just the random pitstops we made along the way, “wow” is the only word that comes to mind (haha…).

To give you an idea: the second stop we made for dinner, this little diner on the side of the street, had cats walking out of the kitchen.  Now you know we had to be real tired, delirious and just a little hungry to look past that (haha…).  I remember Darlene saying a few times, “Where are we???”.  You had to be there…  At least we’ll never forget it!

When we finally did arrive in Foz Iguacu, we wasted no time taking in some of the sights.  Got to head out on a boat under the world-famous Foz Iguacu Falls and man…  The adrenalin rush was insane!  Just having the opportunity to ride underneath the actual Falls was so awesome.  It was a welcomed momentary detour, for sure.

Reuniting with our friends, the Peixoto family, was pretty cool.  They were hosting our time there, in terms of the events we were doing and whatnot.  The night in Foz Iguacu was at the Itaipu Binacional and it went great.  The people there, and I think in South America overall, are just so hungry for truth – the real deal, you know?  And again, so much can be said about their passion… 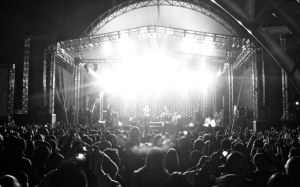 Rio de Janeiro (Brazil).  Our final stop saw us back in one of my favorite places in the world, Rio.  Love it there!  The place is always so alive with something going on.  We were there for an event called Apateose, and in excess of 100,000 people came out for it.  You can never quite wrap your mind around that, only that it’s unbelievably overwhelming and surreal to have that many people overpowering you in song – no microphones needed!  Incredible…

On a lighter note, our drummer, Billy Danger, made news headlines throughout South America with a certain stage dive.  I won’t say any more, you’ll just have to watch the video (haha…). 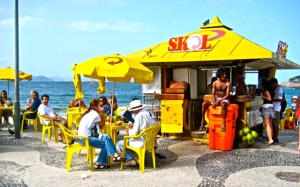 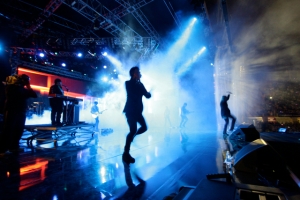 * Thanks to Jared McGhie for the last two photos.

All in all, an unforgettable time of fun, travel, singing in foreign languages, ministry, community and breaking new ground.  Grateful.

Comments Off on South America 20Eleven